Find out more by reading this 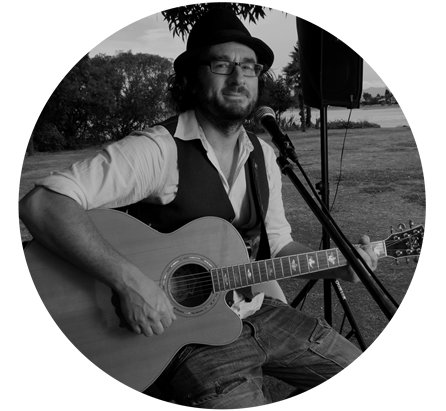 Phil’s humble beginnings growing up in a small town in New Zealand. Shaped him to become the honest, driven and creative individual that he is today.

While only a newcomer to the online music scene Phil has always been a creator at heart, boasting a musical development on guitar and learning music theory as a singer/songwriter since the age of 13. During 1996-98 after College Phil attended the Nelson School of Music learning performance, music recording & production.

He self-produced an album with his alternative rock band Liquid Delerium with a song called ‘Switch Off’ making it onto the New Zealand Indie Hit Disk #10 getting radio play.

Since then he has been performing live at weddings and functions. He also teaches the guitar, encouraging younger generations to play and create music.

At the beginning of 2018, Phil became inspired again by the tools available to musicians online. After learning the process and with a renewed inspiration in 2019 he started making music again.

This resulted in the debut release of the Ultraviolet EP available on all the major streaming platforms on 11th May 2019. Ultraviolet EP is an instrumental soundtrack with 6 tracks. A refreshing blend of electronic and acoustic instrumentation, orchestral strings and spacey synths. And now another recent release on November 11th 2019 with the ‘Illusion EP’

For Phil, it’s all about the music and creative process. He strives for his compositions to have memorable melodies, conveying story without lyrics, capable of transporting listeners on a journey bound by only one’s imagination.

Press play, sit back, relax, close your eyes and go on a sonic adventure.

Composing, producing, mixing and mastering… the website & videos. Phil is the creator behind everything you see and hear.